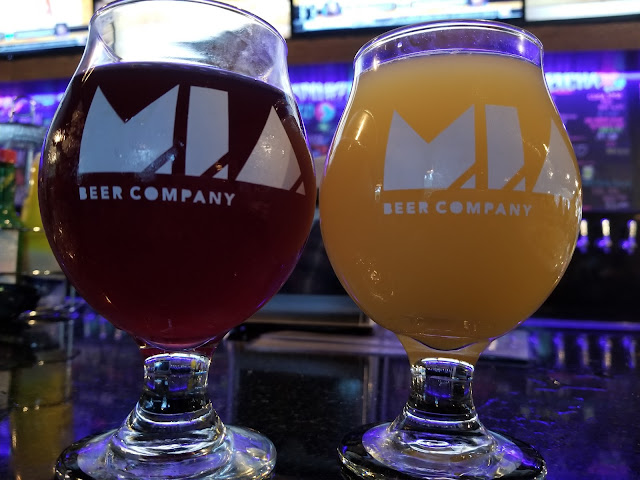 If you are ever in the Doral, FL area, do yourself a favor and stop by M.I.A Beer Company's Bruhaus. They are a unique bar because they offer a huge selection of south Florida's locally crafted beers.

I don't know if it was me or the fact that I was there for Sunday brunch, but the restaurant definitely gives off Miami Vice vibes. Or maybe it was the glow of the purple lights they have to show off their beer menu. I'm still deciding... 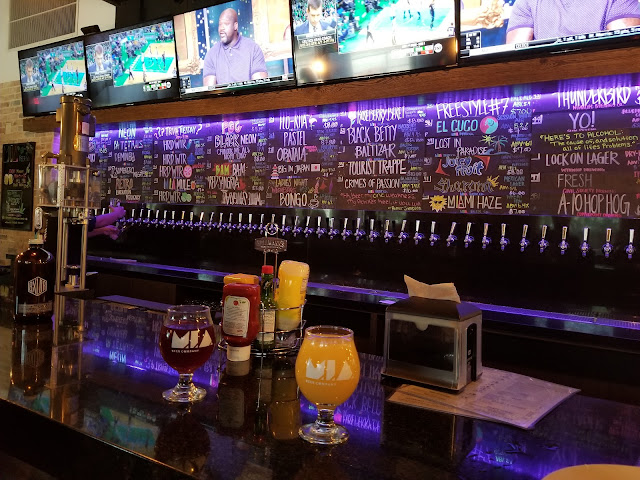 Where do I start? The drinks, the food...the food! Oh, my goodness talk about foodgasms! But the day started with the drinks, so I'll start at the beginning.

I was there with a friend of mine and we were just enjoying our Sunday. We decided to start off with some drinks. I am not a big beer person and I know, what the heck was I doing at a beer place anyways? Listen don't judge me. Plus, they had unlimited mimosas and that, I am a fan of. And also, I was taste testing my friend's beers, who is a big-time beer person. I mean, what are friends for if you can't test taste what they order?

The first beer my friend ordered was the YO! beer. It is a blueberry cider beer by Slim Pickens Cider & Mead. The beer was pretty tasty. The YO! beer has a winery taste to it and that is one beer I would order the next time I am there. 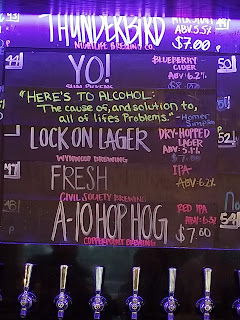 The next thing we ordered was the food. I ordered Pepitos Patacon because if I haven't told you I am Dominican and platanos are life! Their menu reads, "2 tostones with choice of bacon, chorizo or veggie patty and fried egg topped with pink sauce, cilantro aioli and cotija cheese served with M.I.A hash." I got my order with bacon and it was amazing! The garlic in the aioli sauce mixed with the cotija cheese and the tostones was the most amazing blend of flavors my taste buds could ask for. Thinking about it still makes my mouth water. Anyways moving on, my friend ordered Croquetero Breakfast. The menu reads, "2 cuban rolls with choice of jamon or veggie croqueta topped with 2 cheese blends, fried egg and hollandaise sauce served with M.I.A hash." My friend ordered it with jamon or ham in English. I didn't even think about tasting his food because I was too into mine, but he said he liked it. And the mimosas? I kept them coming! They were Sunday brunch in a cup. 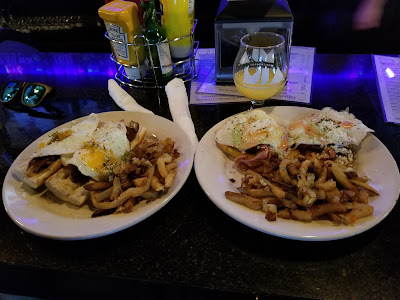 or IIPA by Sixpoint brewey. I didn't really like this type of beer. I found it bitter and it tasted like wheat. My friend explained to me that, "it had a hoppy taste to it". In beer lingo hoppy means bitter. I never even knew beer lingo was a thing but then again there's wine lingo so why not. 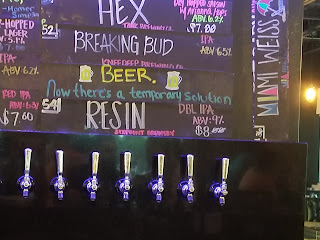 Overall, we had a great experience at the M.IA Beer Company's Bruhaus, we look forward to having brunch there again soon, and the manager was great too! He is very friendly, hospitable and of course, he knows his beers.
Labels: Places